Parasites Are Killing Off Honeybees

Catherine Jacobs, Environment Correspondent at Sky News, makes a splash with "Parasites Are Killing Off Honeybees."

Sadly, her own story makes the point that this is probably not true. I might also criticise the subs for a dreadful headline.

A trail of freshly ground pepper 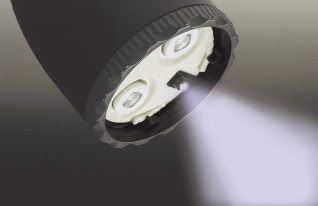 Possibly one of the least likely beekeeping gadgets: an electric peppermill with integrated LED torch...

I wanted to check the shed for bee disasters, and the only opportunity was after dark. With no torch handy, the best I could do was the peppermill.

At around 22:30, I crept around the shed looking for angry or dying bees, making whirring noises and leaving a trail of freshly ground pepper.

Email ThisBlogThis!Share to TwitterShare to FacebookShare to Pinterest
Labels: links

The Polish for 'bee' is 'pszczoły' 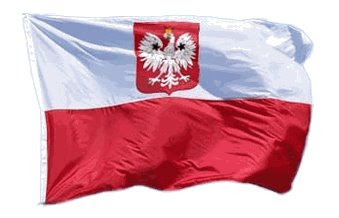 Collected seventeen frames of honey - all from one hive. Sweet.
All went well - I simply brushed the bees off the frames - until I parked the loaded frames in the shed, back home. It was a hot day, and other bees caught a whiff and started to pile into the shed.

Unfortunately, the shed is being used by half-a-dozen Polish builders during our house renovations. The Polish for 'bee' is 'pszczoły,' though that's certainly not the word the builders were using.

Extract from New Scientist 16 August 2008:
"GIVEN a choice between two different flower beds, how can honeybees hunting for nectar be sure they've chosen the best patch? A new computer model may provide the answer, as well as insights into the workings of a "hive mind" that could be used to guide swarms of robots.
To test this hypothesis, Ronald Thenius of the University of Graz in Austria built a computer simulation of a hive containing 5000 independent virtual bees. Each forager started out visiting one of two different flower patches, but would switch destinations if it had to wait too long to be unloaded or was being serviced by too many receivers.
The results, presented at the Artificial Life IX conference in Winchester, UK, last week were promising. The virtual bees moved to the better nectar source at similar rates and in similar proportions to those observed for real bees. "It's like a new pub has opened with cheap beer: everyone's trying to find it," says Thenius. "The hive can gain up to 20 per cent more nectar this way."
Read the full article at http://www.newscientist.com/channel/life/mg19926696.200-computer-model-of-bees-probes-the-hive-mind.html and visit http://www.newscientist.com/
at August 21, 2008 No comments:

The recent outbreak of hive theft is not new, it seems. This clip from The Independent online is from 2002 (good to know I'm right up there and current, eh?).

"Angry as the buzzing hives they carried in protest, dozens of Israeli beekeepers lined a road with burning tyres today to demonstrate against the thefts of thousands of their beehives.

Wearing protective work suits and net masks, the beekeepers demanded that Israel and the Palestinian Authority stop what they said was the theft of their beehives by Palestinians in the West Bank.

The demonstrators at Jalameh Checkpoint near the West Bank town of Jenin had planned to release the bees they brought with him as a protest, but police stopped them.

The beekeepers suspect Palestinians are entering Israel by night from the West Bank and making off with the hives, since most of the thefts have taken place in areas near the border between Israel and the West Bank.

"I have nothing against the Palestinians," beekeeper Roni Feldman said. "But Israeli agricultural workers are paying the highest price for peace."

According to Feldman, 2,600 hives were stolen in 1999. A single hive with its bees and full combs of honey can easily be worth a thousand dollars."

Would you believe it, even Bloomberg is up in arms about bees: "Aug. 4 (Bloomberg) -- John Chapple stands among a hum of honeybees flying in and out of 10 hives in the gardens of Lambeth Palace, the Archbishop of Canterbury's London residence by the River Thames. The insects are buzzing. For now.
Eighteen months ago about two-thirds of the 40 hives that Chapple keeps across the capital died off, including all 12 in his own back yard. London's beekeepers collectively lost half of their colonies in the past two years. During last winter alone, almost a third of hives across the U.K. lost their bees."
"http://www.bloomberg.com/apps/news?pid=20601102&sid=alwcaI.KfB9I&refer=uk
at August 03, 2008 No comments: