Bees fight back against CCD: some honey bees toss out varroa mites 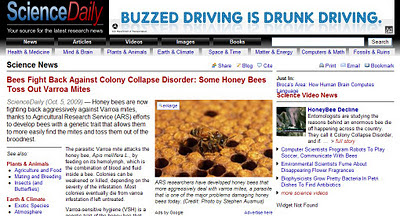 News like this and other updates from The Beekeepers Connection, a group on Linked In 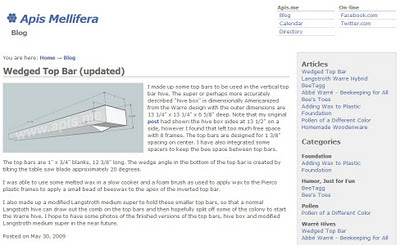 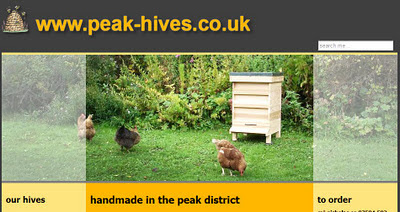 Here's a gratuitous plug for http://www.peak-hives.co.uk/.

I particularly like this site as (a) the owner reads this blog and (b) there is a pleasing disconnect between the skep site logo and the beautiful handmade hives. 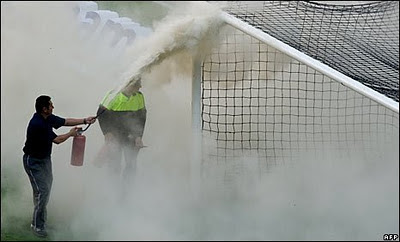 Vanishing of the Bees


The Vanishing of the Bees is the latest in a flood of bee films (http://vanishingbees.co.uk/) 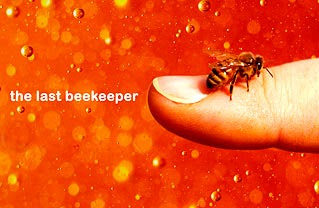 The bee population is steadily declining. Sure, bees can sting, but they also pollinate plants and fruit-bearing trees. Meaning we can't harvest our crops and grow successful gardens without them. "If all the bees die, what do you have to live for?" asks beekeeper Matt Hutchens.
The Last Beekeeper, produced by Fenton Bailey and Randy Barbato, follows the lives of three commercial beekeepers in South Carolina, Montana, and Washington. Over the course of a year they struggle to come to terms with the Colony Collapse Disorder (CCD), a phenomenon in which worker bees from a beehive or European honey bee colony abruptly disappear. CCD threatens crops and world food supply along with the livelihoods of beekeepers.

PS I was at school with Fenton, four million years ago (although only ten years ago for him, looking at his picture).
at October 08, 2009 2 comments:

You see, it would all be so much easier if (a) I remembered what I had already learned and (b) beekeeping was more science than art.

The second part of the problem was that some beekeepers think it makes no difference - it's purely whether the bees actually take their medicine, not whether it's on the crown board or brood box.

Ask two beekeepers, get three answers.
at October 07, 2009 No comments: 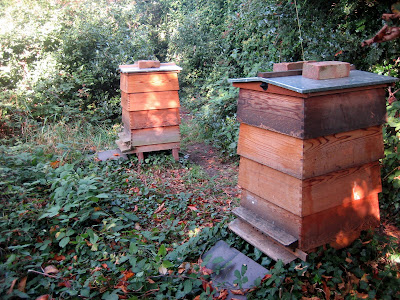