Max, the apiary warden, rang to say that there was a clump of bees dangling on the outside of the hive... The cast I had tried to unite with the colony seems to have decided not to join the fun.

Max has kindly offered to chuck 'em back in. 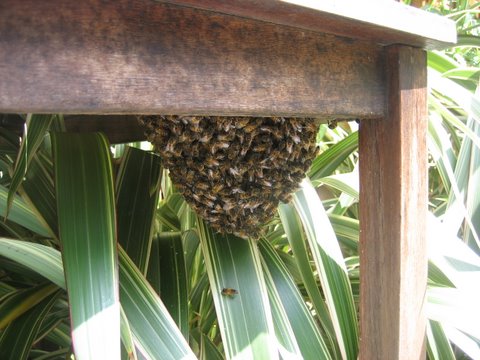 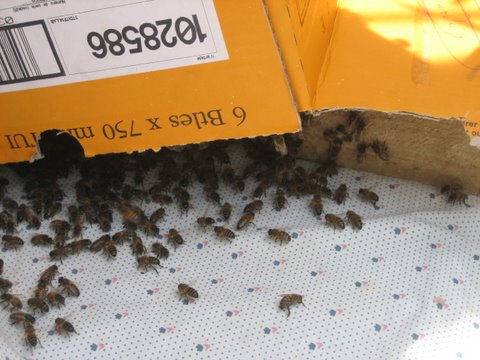 This very small swarm turned out to be a cast, with no queen. Rather than bring them on as a small nuc, I tried to unite the new bees (using the newspaper process) with an existing colony. As I left the apiary, there was an *almighty* fight going on in front of the hive.... 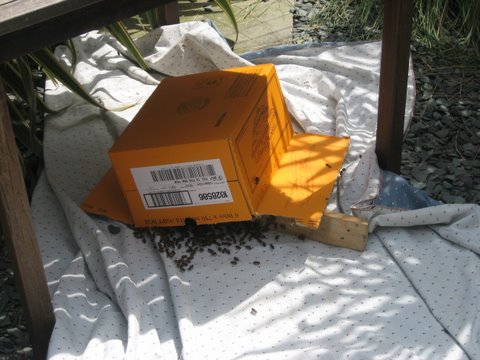 Loss of journalist could be a boost to UK economy

In my highly scientific double-blind* numeric bumblebee survey, my garden is absolutely infested with the hairy buzzers, and I don't believe a word of this PANIC NOW journalism.

*both eyes closed - what do you expect, competence? 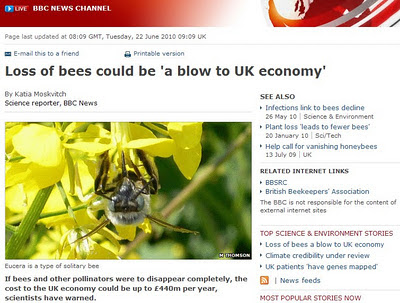 A Practical Manual of Beekeeping

My best bee-reading to-date is A Practical Manual of Beekeeping: How to Keep Bees and Develop Your Full Potential as an Apiarist, by David Cramp.

Genuinely outstanding, and in parts very funny, too. Hugely recommended. 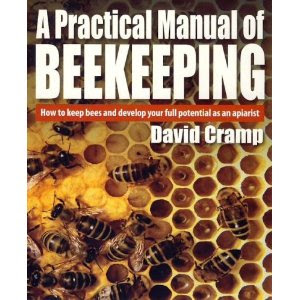 The wordy "When you earnestly believe you can compensate for a lack of skill by doubling your efforts, there's no end to what you can't do" has become the economical "Confusing effort with results."
at June 18, 2010 No comments:

Email ThisBlogThis!Share to TwitterShare to FacebookShare to Pinterest
Labels: incompetence

"The British British Beekeepers Association (BBKA) said there are now more than 80,000 hives registered in Britain, compared to 40,000 in 2007.

"The organisation said there has been an increase in the number of honey bees in Britain over the last two years from 23 billion to 48 billion." 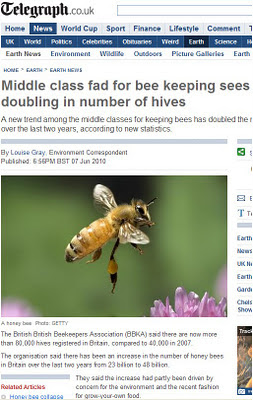 Seen in the visible spectrum, all bees may look the same. In the infra-red spectrum, it is clear that some bees are warmer than others. Some glow bright orange like hot coals, radiating heat to their surroundings. Others are dark and cool.

Heat is concentrated in one central area of the hive, the brood nest, where young bee pupae are growing. A bee that may appear relatively still, when looked at in infra-red is glowing bright orange, revealing its role as a specialist heater bee.

The bee warms itself up by vibrating its flight muscles - vibrations that allow it to warm up to 44 degrees centigrade, previously thought to be high enough to kill it. Others that seem to be grabbing a quiet snooze are actually tight little balls of fire that are acting to keep the brood warm.

More than two thirds of the hive's honey goes on the central heating of the colony. A rarely seen moment is caught on camera when an exhausted heater bee is topped up by a refuelling bee just returned from foraging.

By controlling the temperature, heater bees control the destiny of the young. Incubated at 34 degress, the newly born bees are likely to become humble housekeepers, but kept just one and a half degrees warmer, they may instead turn into intelligent and high-ranking foragers, living up to 10 times longer. 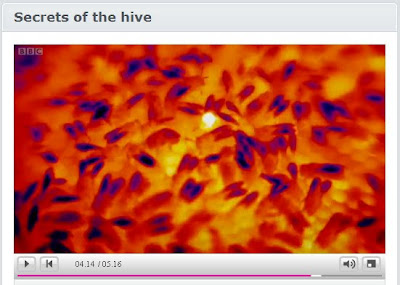 Something Turkish in Israel 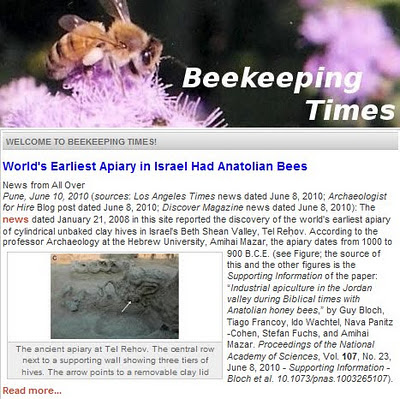 If you want to take people to see beehives, here's a wonderful organisation in South London: http://www.rootsandshoots.org.uk/wildlife-garden/school-visits.php 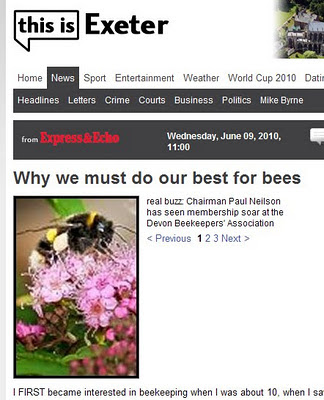 Article from The Telegraph: Calcutta 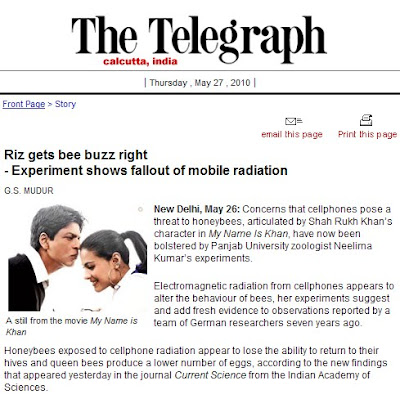 New Delhi, May 26: Concerns that cellphones pose a threat to honeybees, articulated by Shah Rukh Khan's character in My Name Is Khan, have now been bolstered by Panjab University zoologist Neelima Kumar's experiments. Read

Check out the Bee Vacuum! 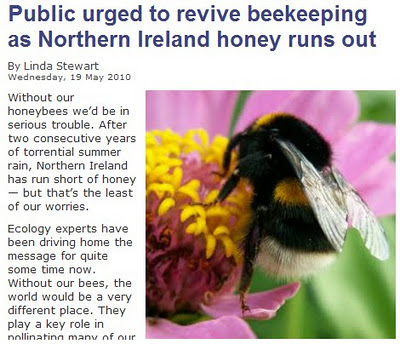 http://www.belfasttelegraph.co.uk/news/environment/public-urged-to-revive-beekeeping-as-northern-ireland-honey-runs-out-14812047.html
at June 04, 2010 No comments: 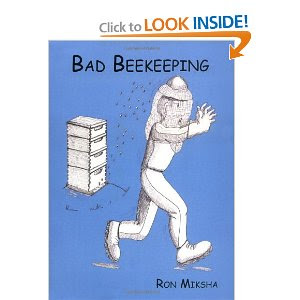