Phil Chandler, sporting a natty hat, is The Barefoot Beekeeper. Nothing particularly new in his views, as far as I can tell (not very far, probably), but clearly a man of passion. 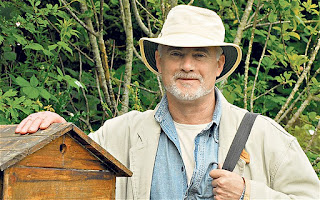 The Barefoot Beekeeper has a certain ring to it. "The Naked Beekeeper" is even more enticing (if a little worrying, thinking about vulnerable protuberances). And 'naked beekeeper' gets some unpleasant hits on Google...

Take a look at http://www.wealdplacefarmbees.co.uk/hives.php for a new way to house your bees in polystyrene hives. 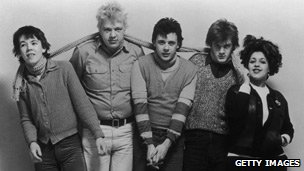 I never quite know how to take stories like this: "Beekeeping enthusiasts stung by thieves as hives in Kent are stolen to order" http://www.thisiskent.co.uk/news/Beekeepers-stung-thieves/article-3469552-detail/article.html , Thursday, April 21 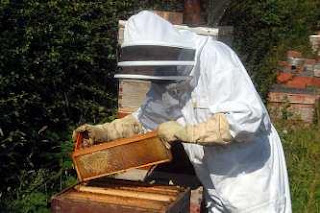 Who is stealing the hives? How do they sell them? How utterly bizarre! There must be easier things to steal...

Take a look at this excellent blog: http://basicbeekeeping.blogspot.com/
These guys, Sheri and David Burns, share *tons* of interesting stuff - and a few Bible quotes, to boot.
And if you're interested in a plastic pith helmet, complete with veil, here's the link you have been looking for: http://www.honeybeesonline.com/servlet/Detail?no=52

Step forward my ancient Bosch heat gun paint stripper, complete with nozzle thingy that could have been purpose-designed for blasting into the nooks and crannies of a hive. The 'high' heat setting is perfect; propolis melts and runs away like water, and wax disappears in a puff of delicious smoke.
No burns, no mess. Nice.
at April 21, 2011 1 comment:

As I spring-cleaned one hive, I noticed that the (solid) floor was covered in debris, like very fine sawdust or dark sand. Not sure what's going on here. My second hive has a mesh floor, so I have no comparison.
at April 20, 2011 1 comment:

For some time, I have been trying to figure out how best to combine a settling tank with the bottling process.

Last year, with around 50lbs of honey per hive extracted, I struggled with umpteen 15lb tubs. Using a twin-mesh filter and muslin, it takes aaaaages to bottle. If only I could (a) have one large settling tank that (b) warmed the honey and (c) had a tap for easy pouring. 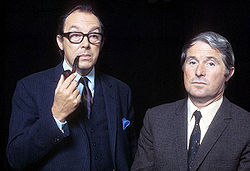 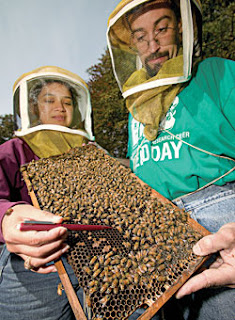 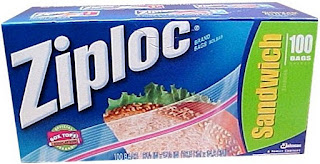 Catching and killing bees for a health inspection seems wasteful. After crossing fingers, arms and legs that the colony survives the winter, it seems particularly rough to murder even one bee, let alone the thirty or so needed.

Still, the cull was less than expected.

After turning the house up-side down for the beekeeper's Weapon of Choice (empty matchboxes) to catch the bees, it struck me that ziplock bags would be just the thing.

Wrong. Ziplock bags as bee-catching kit ranks right up there with using mothballs to kill varroa.

Catching the first ten is pretty straightforward, and I'm sure that if I had thought it through it would have worked. But that would mean thinking it through, a foreign country peopled with demons. In essence, every time you open the bag to catch a few more... Well, you can guess the rest.

Note to self: don't be fooled by a Good Idea.

BBKA News, formerly a somewhat worthy, researchy and politicky newswletter printed on plain paper has gone all glossy. It's like seeing a maiden aunt in hooker's gear.

Oddly, she carries it off rather well. Annoyingly, I cannot find an image of the new woman, so here is her older, dowdier self: 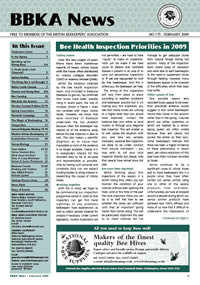 I wonder what the bigger, glossier brother title, Beecraft, will make of it all?
at April 04, 2011 No comments:

For the first time, the bees are actually taking the fondant.

Each hive has a single packet of Dr Oetker's Regal-Ice Ready to Roll Icing on it. Nicely, the contents are in a plastic foil pack, which can be neatly sliced open to sit on top of the crown board. The bees are chewing through the fondant, making rippled channels as they dig deeper and deeper. 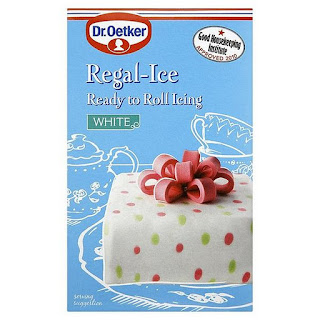