Fear glitters in my eyes

From our newsletter: "So now for the bad news, it has been reported that EFB (European Foul Brood) has been found in a colony just outside our radius of concern. We don’t have an exact location but the Bee Inspectors are on the case."
at June 23, 2011 No comments:


The nicotinoids are a new class of insecticides with a new mode of action. They have been previously referred to as nitro-quanidines, neonicotinyls, neonicotinoids, chloronicotines, and more recently as the chloronicotinyls. Just as the synthetic pyrethroids are similar to and modeled after the natural pyrethrins, so too, are the nicotinoids similar to and modeled after the natural nicotine. Imidacloprid was introduced in Europe and Japan in 1990 and first registered in the U.S. in 1992. It is currently marketed as several proprietary products worldwide, e.g., Admire(r), Confidor(r),Gaucho(r), Merit(r), Premier(r), Premise(r) and Provado(r). Very possibly it is used in the greatest volume globally of all insecticides.

Imidacloprid is a systemic insecticide, having good root-systemic characteristics and notable contact and stomach action. It is used as a soil, seed or foliar treatment in cotton, rice cereals, peanuts, potatoes, vegetables, pome fruits, pecans and turf, for the control of sucking insects, soil insects, whiteflies, termites, turf insects and the Colorado potato beetle, with long residual control. Imidacloprid has no effect on mites or nematodes. 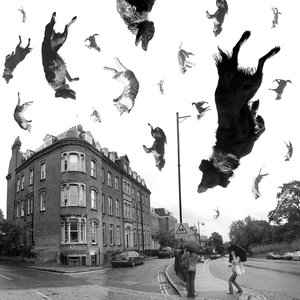 Ever since the weathermen have been cheeping about a drought, it has been raining. Chucked it down. Hissed down. Come down in stair-rods. Cats and Dogs.

Fellow beekeepers report seeing their honey stores dwindling already. I shall leave the supers on until, I think, the Autum Term starts.

Next on the list of top tips is uncapping frames - with our trusty friend the electric paint stripper (see 21 April 2011).

Legend has it that a swift blast from a paint stripper is enough to pop the cappings off prior to centrifugal extraction. No more faffing about with a hot knife, an uncapping fork or endless cursing. Zap 'em, instead.

Wearing an apron is wise.

Sneaking a couple of cigarettes into the smoker is the latest Top Tip. Apparently the nicotine stupefies the bees super-fast. 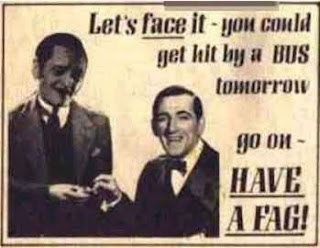 These New Learnings - research-based, apparently - immediately raise questions. Who on earth thought of trying nicotine as a smoke additive, and which tobacco brand works best?
at June 11, 2011 1 comment:

How long is a piece of string? 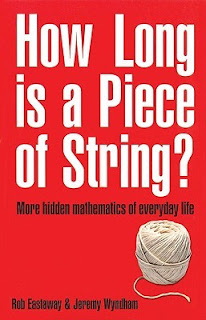 How long can you leave full supers on a hive?
Both hives are heaving with bees - shedloads, to use the technical term - and very defensive. Clearing the supers with Porter or Canadian bee escapes will be a slow process, and even then there will probably be quite a few left behind.
Instead, can I leave the supers on the hives until the number of bee starts to decline? Then, clearing them could be a doddle. How long can I leave them? Until the end of August? Later?
How long is a piece of string?

The bees are going gangbusters - and there are *lots* of them, even now. Shedloads, in fact.

One shedload = heaps and heaps
Heaps = buckets and buckets
Bucket = armfuls
Armful = dozens of handfuls
Handful = about this much, squire

The linear equivalent of a handful is a piece of string, or a fisherman's pike.
at June 09, 2011 No comments: